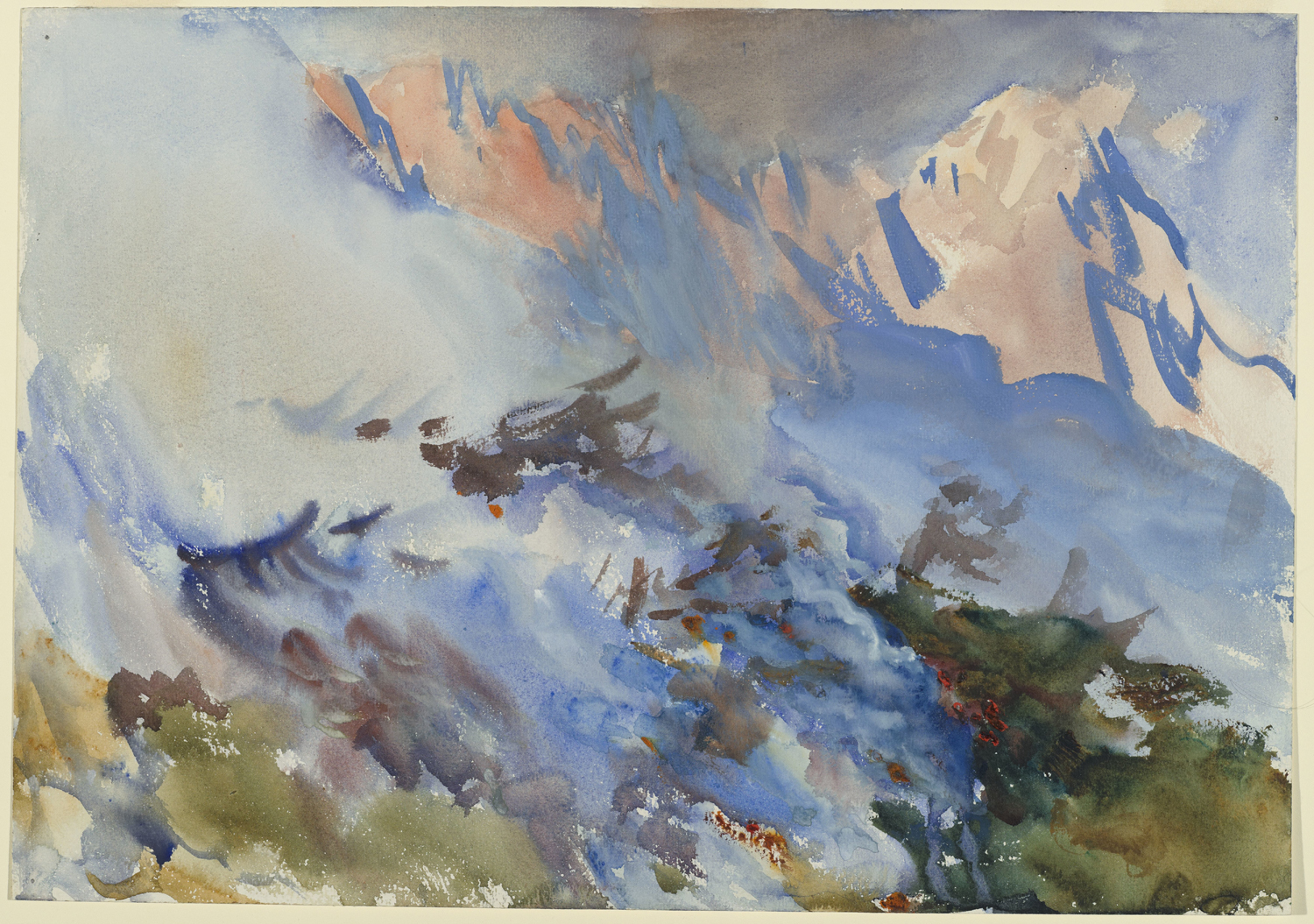 Finding out about Sargent and
getting inspired by him - Whitney Museum, 1987

I am a self-taught painter living in France. I cannot boast of any academic background in the field, and I regret not having attended some tradionnal painting school like the Florence Academy of Art for instance, but I’m not sure there was any thing like it back in the early eighties when I was a student. In any case, my interest in painting was rather shallow at the time. Passion revealed itself much later and was soon followed by some kind of action, the first attempt, a small copy after Vermeer in 1996. To make a long story short, it is in the company of the painters I admire most that I have built and polished my technique in the past few years, a never-ending process.

More generally, I was born in Brittany some time ago, and I guess my roots go deep into to the moors, rocks and soft sands of my native land… But I feel I belong to many other places too: Paris where I’ve lived for almost twenty years will always be ‘The City’, and among the places where I have worked and lived around the world, over time, the most dearly remembered and revisited remain California, the ‘island’ of Manhattan and the small town of Manly, a narrow ribbon of earth between the Pacific Ocean and Jackson Bay, Sydney. Far less exotic, though not entirely without character, is the Champagne region where I live now, teaching web design and English at a multimedia school in Troyes. So, this is the present location of my painting activity. This being said, I am more than willing to take commissions from you people living overseas, be it across the Channel, the Big Pond, or any other stretch of water or land for that matter… 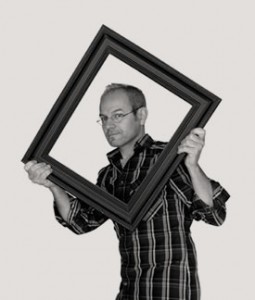 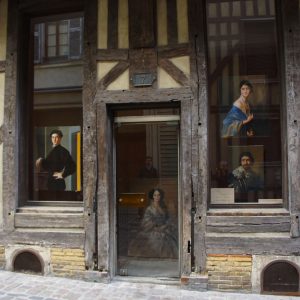 Some of the copies I have been working on lately are visible as part of a collective exhibition organized by the city council in Troyes. This includes the copies of Franz Winterhalter’s portrait of Impress Maria Alexandrovna of Russia (1857), of Agnolo Bronzino’s portrait of a young man (c. 1530), Philip de László’s portrait of Lady Elisabeth Bowes-Lyon (1925), Jacques de Lettin’s self-portrait (see below), as well various works by Sargent, Delacroix and Fantin-Latour.

If you happen to be in Troyes during the summer, the pictures can be seen at 7 rue de la Montée des Changes in Troyes (150km east of Paris in the Champagne region).

Do not hesitate o contact me if you have questions at painting@gilartur.org.

A Copy At The Museum

I have had the opportunity to work in museums a few times. While in Paris I copied a couple paintings after Delacroix (the portrait of his cousin Léon Riesener, 1836), and Corot (Interior the cathedral in Sens), at the Louvre. The self-portrait of Jacques de Létin, at the Fine Arts Museum in Troyes, is a modest work by a local artist who was active in the first half of the 17th century in the reign of Louis XIII.

A follower of Simont Vouet and the caravagesque artists, he made the trip to Italy from 1622 to 1626, which was almost a mandatory stage in a  painter’s career at the time. His works can been seen in various churches and museums in Troyes (and a few other places in France, including at Notre-Dame de Paris).

Nothing can replace the experience of working after the original. 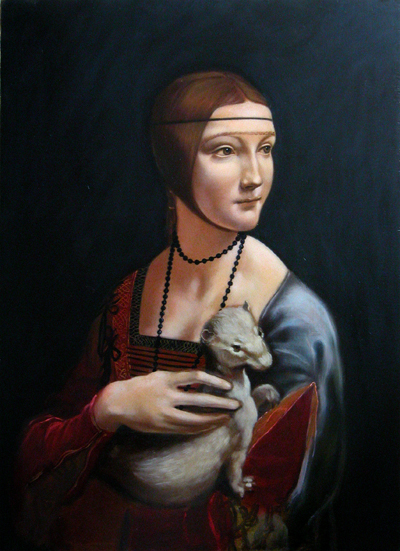 My work as a copyist focusses mostly on portrait from the 16th century to the early 20th century. I sometimes work after still lives by Chardin or Fantin-Latour, and landscapes by Corot or Sargent. 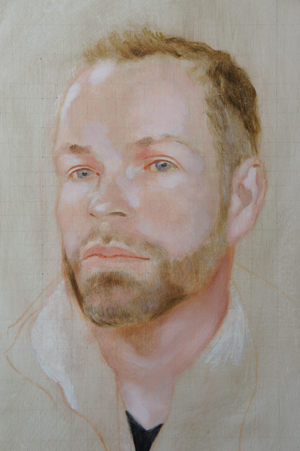 My personal work has to do mostly with portraits of people around me or commissioned. I work mostly from sketches and from my own photographs of the subject. Depending on the sitter's availability, the process may also include actual sitting sessions. 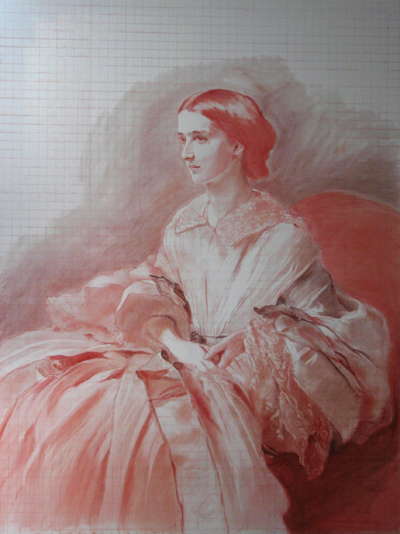 Apart from drawing that I use mostly as some kind of note taking, I paint exclusively in oil, alternating the alla prima technique and a succession of glazings. For a copy, the dosage of these two approaches varies depending on the model.

Although I have always been drawn to pen and paper, and sometimes been told about my having a knack at drawing when I was a kid, my interest in painting revealed itself much later in life. Certainly, I do remember some kind of fascination in front of paintings, usually portraits – by Gainsborough and Winterhalter most particularly -, as a teenager, but genuine infatuation came much later while on a visit in New York, when I became acquainted with the works of John Singer Sargent. This second encounter (the first one had actually occurred three years earlier at the Los Angeles County Museum), was actually a missed opportunity, as it came through randomly perusing books at the bookstore of the Whitney Museum of American Art, then on Madison Avenue. That is how I came across the catalog of a major exhibition of Sargent’s work that had moved to Chicago in April 1987. But the photographs where enough to trigger a life-long fascination with the artist’s work and life.

It was love at first sight, and that odd feeling of déjà-vu that was to accompany more than one future encounters of the sort (with Reynolds, Gainsborough, Titian, Bronzino). I was blown away by the virtuosity, the sensuality, the compelling presence of the paintings, many of which I was to see during my travels in later years, in New York, Los Angeles, San Francisco, Chicago, Edinburgh and London. A lot remains to be seen, and the fascination has not waned. From the moment in that typical crisp, sunny, autumnal New York afternoon, I stepped out of the Museum on Madison Avenue, I knew that if I were ever to use brushes and paint, my sole ambition would be to court even remotely the art of this American genius.

The portrait of Madame X (below), was at the heart of a scandal at the Salon of 1884 in Paris, because of the daring cleavage of the dress, and above all a falling shoulder strap that Sargent was obliged to straighten up in a most reluctant ‘repentir’ or overpainting. 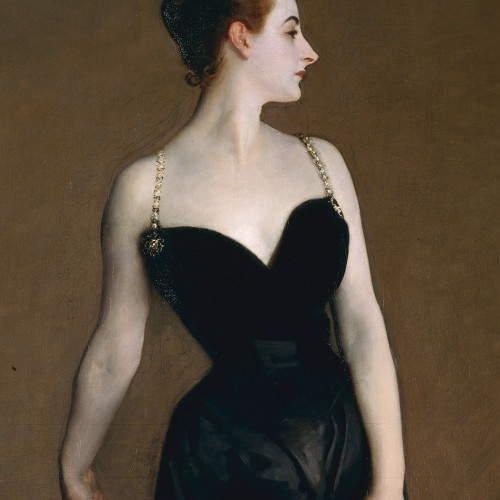 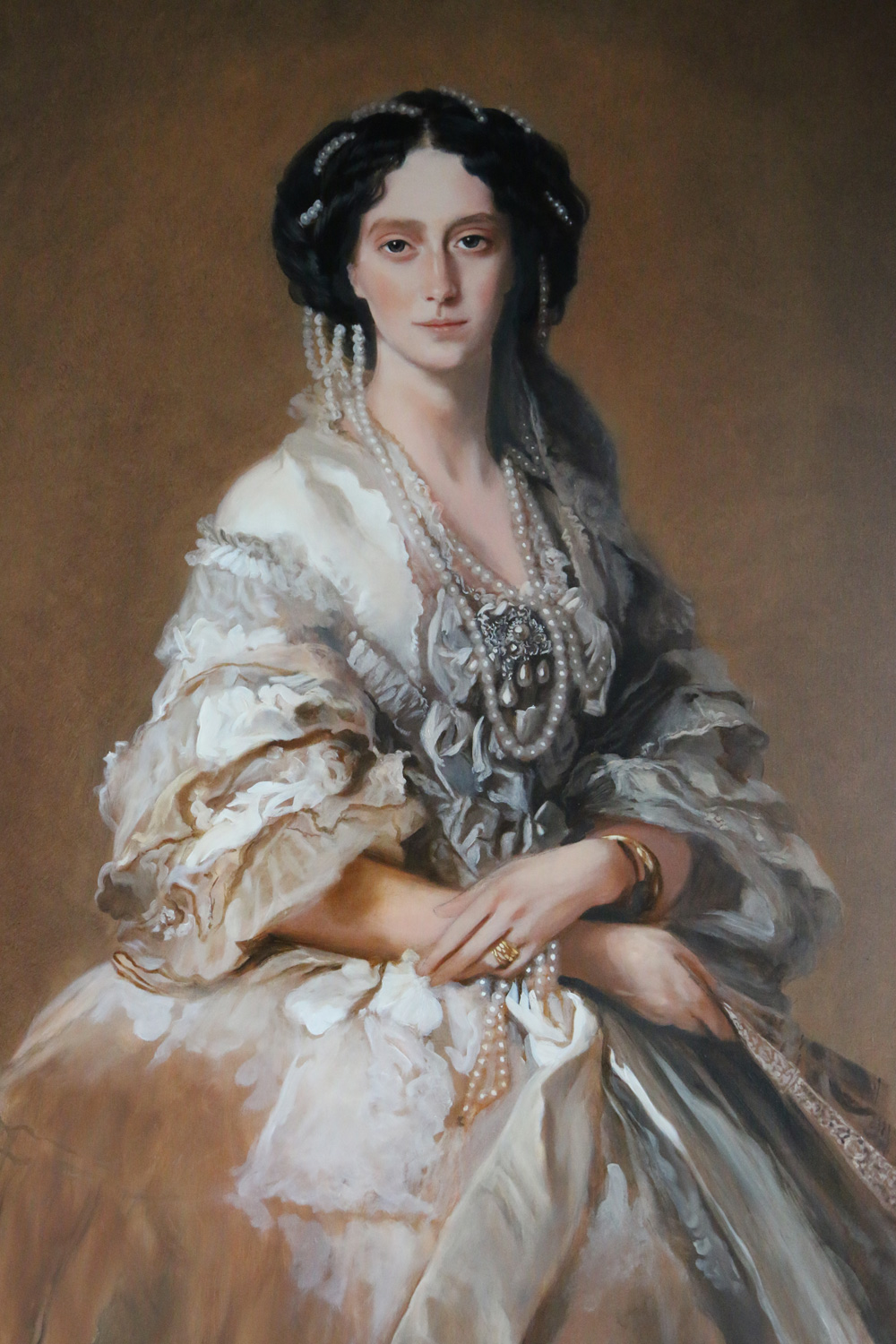 Portrait of a lady: a project in the making

I am currently working on the project of an exhibition I would probably entitle, unsurprisingly, “Portrait of a Lady”. I haven’t decided on a venue yet, but my hope would be for a series of about ten to fifteen paintings to be displayed in a national heritage country house of château in Champagne or Burgundy, in the summer of 2018 or 2019.

The series will include copies after Van Dyck, Winterhalter, Sargent, Laszlo and a couple other masters. I will provide a regular update on this page, but should you wish to be added to the guests list, please let me know and I will keep you in the loop.

This stunning portrait of Impress Maria of Russia in 1858, by Franz Xaver Winterhalter, is one of the portraits I am currently completing for the exhibition. The picture here shows the current stage of the copy. Much work is still needed. 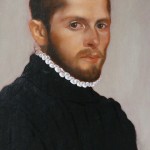 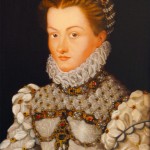 “Each painting bears a hushed silence that bids us still the inner voice.” Paul Claudel

Another artist I admire most is Henri Fantin-Latour (1836-1904), whose still-lives are so remarkably close in mastery and force to Chardin’s a century earlier.